Welcome to the Reiser4 Wiki, the Wiki for users and developers of the ReiserFS and Reiser4 filesystems.

Mongo is the main benchmark script we use for comparing ReiserFS variations. Untar the archive in a directory and read the Introduction to Mongo Testsuites.

[edit] Introduction to the Mongo Testsuites

Mongo is a set of the programs to test linux filesystems for performance and functionality. The main program is mongo.pl script which creates the set of statistics for the file system variations specified by special mongo options. The mongo_parser.pl script parses those statistics and creates for them comparative html-table.

The expression optij=valij means that mongo option optij was specified by the value valij. Here is a description of acceptable values of all mongo options:

WARNING: mongo.pl will format each specified device DEV by mkfs.xxx and mount it at MNT directory.

WARNING: The result trees of all specified files file1, file2, file3, ... must be mutually phase-isomorphic.

[edit] What is Mongo doing?

For each run Mongo executes 8 default, and maybe some special phases. In each phase Mongo runs NPROC processes (the parent one with (NPROC - 1) children) defined by appropriate mongo utility and creates the set of mongo statistics.

Currently mongo supports three kind of statistics: REAL_TIME, CPU_TIME, and DF. REAL_TIME and CPU_TIME are timing statistics about the run of the specified number (NPROC) of processes of appropriate phase. REAL_TIME is the elapsed real (in seconds) time between invocation and termination. CPU_TIME is the system CPU time (in CPU-seconds) - the sum of the tms_stime and tms_cstime values in a struct tms as returned by times(2). DF is space usage statistic of the specified device DEV. For default phases DF means disc space usage in bytes after all the previous phases including the current one. For the special dd_writing_largefile, dd_reading_largefile phases DF means the size in bytes of the file created during appropriate phases. The default mongo phases model the basic user's processes which use file API. In order to run special mongo phases you should specify special phase-options. 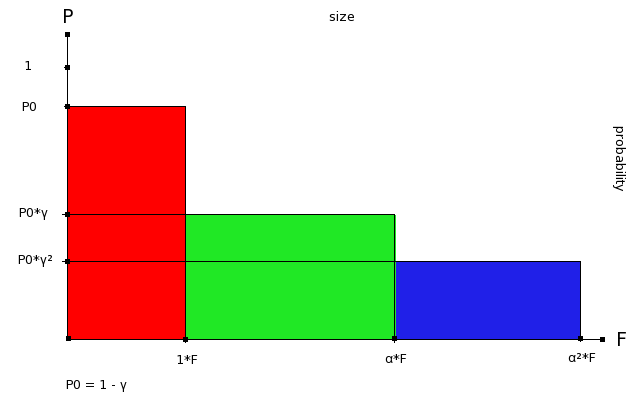 FIGURE 1: The distribution function of the main generator determine_size().

Every this variable we get by mapping of standard gnu pseudo-random generator rand() defined on [0, RAND_MAX] onto [A, B] for suitable A,B by using high-order bits. The file sizes of first uniform chunk are in [0, F], and P(file_size in [0, F]) = 1-gamma.

The square of next uniform chunks exponentially depends on its number with exponent gamma, and the size of the stride exponentially depends on its number with exponent scale (we use scale=10). F is the range of first uniform chunk in bytes (the value of the option FILE_SIZE in mongo.pl). Median file size is hypothesized to be proportional to the average per file space wastage. Notice how that implies that, with a more efficient filesystem, file size usage patterns will in the long term move to a lower median file size.) It has a maximum size of max_file_size. Directories vary in size according to the same distribution function, but with separate parameters to control both the median and maximum size for the number of files within them, and the number of subdirectories within them. This program prunes some empty subdirectories in a manner that causes the parents of leaf directories to branch less than the median_dir_branching.

To avoid having one large file distort the results such that you have to benchmark many times, set max_file_size to not more than bytes_to_consume/10. If the maximum/median is a small integer, then randomness will be very poor.

For isolating the performance consequences of design variations on particular file or directory size ranges, try setting their median_size and max_size to both equal the max size of the file size range you want to test.

In order to provide the same conditions for various testing file systems in next phases mongo_fract_tree creates in /var/tmp a list of all files sorted in the order they were created in.

mongo_copy() program copies files created by reiser_fract_tree in specified order (maybe fsync each new file). The order and the files specified by flist:

The mongo_append program reads filenames from stdin and appends to each file (filesize * append_factor) bytes, and maybe fsync it:

The mongo_modify program reads filenames from stdin and modifies its (filesize * modify_factor) bytes starting with random position, and maybe fsync it:

This phase uses mongo_modify program with modify_factor = 1, so it modifies filesize bytes, i.e. overwrites (and maybe fsync()) it.

We do find -type f on the expected partition. Zam believes that it should be enough for stat for all files.

We do "rm -r" on all files and directories.

This is a special mongo phase which requires the option DD_MBCOUNT to be specified. We do dd if=/dev/zero of=DIR/largefile bs=1M count=DD_MBCOUNT".

This is a special mongo phase which requires the option DD_MBCOUNT to be specified. We do dd if=DIR/largefile of=/dev/null bs=1M count=DD_MBCOUNT".

Look at the source code if you need more information than this introduction contains.

The main purpose of Mongo is comparing of file system variations. The following mongo options (fs-options) are to specify these variations:

Note, that SYSTEM is a "fake" fs-option which means the kernel version that the mongo was run under. For example:

These options specify the parameters which are passed to the mongo utilities. For each file system variations mongo.pl prepares statistics for one or more phase variations.

mongo_parser.pl script is to prepare comparative table for one or more file system variations. First you should prepare the appropriate mongo output files for each variation by using mongo.pl script. Make sure that all these files contain phase-isomorphic result trees (see above). Then specify these filenames for mongo_parser.pl (see the usage above) which will create comparative html table (by default in stdout).

The file system variations are represented in this table by the columns of statistics marked by letter A, B, C, etc.. in the order they were specified in mongo_parser.pl. The header of this table contains specifications of each this variation as the set of the same mongo fs-options which have different values. Absence of any fs-option means it was specified by default value. If this table represents more then one file system variations, we assume by default that A is main, and B, C, ... is A-relative variations. It means that all the statistics of B, C,... are divided on the appropriate statistics of A.

The options specified by identical values for all the file system variations locates in special header. The statistics of each phase variation are specified by subheading (numerated by #1, #2, ...).